Today we are looking at if today’s kids are lacking empathy and what could contribute to the problem.

According to this study at the University of Michigan, college students have an estimated 40 less empathy than the students 30 years ago.

Empathy is one of the few traits that binds humanity together.

It’s one of the foundations of positive parenting.

When young people are less empathetic, it means they are unable to see the perspective of others and become more self-focused.

For society, this means having an entire generation of self-centered, egocentric individuals. For those with these traits, it could mean a lifetime of unhappiness.

So the real question is why is this happening? And more importantly, What can we do to fix it?

Let’s look at some potential issues that affect modern children that can affect their ability to experience empathy.

Some people want to blame genetics for the increased lack of empathy amongst our younger people.

The argument stems from the idea of “survival of the fittest.” That as our society has evolved, and so have we.

That it could be seen as a positive genetic trait, and being self-centered could being able to live longer, become a top earner and use others to get ahead.

Personally, I don’t agree with this, but it is one argument.

I just don’t see any benefit to those thoughts, as it will mean eventual demise and collapse of our society as a whole.

As use of technology has increased in our society, there is less face to face contact than ever before.

People work from home, learn from home, even get their groceries delivered to their house.

Because half of human communication is encompassed in body language, physical cues are not being picked up by others, making it difficult to know the emotional state of those we are interacting with online.

Children who interact largely with others through social media, miss out on learning the cues altogether and may be unable to identify with these emotions in a normal way.

Even in our own homes, as people have become more reliant on technology as a form of entertainment, families are spending less time actually looking at each other.

Screens have cut down much of the interaction that would take place if they were not existent.

This isn’t to say that we should all get rid of all of our tech devices, but we should be aware of how it can influence us and our children, and ways we can use it well to create positive learning experiences.

You can read more about ways to use technology to develop empathy in children.

It could be argued that younger people today have experienced more war, more financial upheavals, and less help from social safety net programs than any generation since before FDR’s New Deal.

Even hunger is an issue that many children face in our society today.

Often when a person struggles through childhood and has a difficult upbringing, it causes them to be less empathetic.

They are taught to put their head down and focus solely on their own survival and are unable to take the time to think of others.

There is a lot of disagreement from professionals about the long-term effects that violent images and media have on children. Some may be affected more than others from the constant exposure.

The study above also stated

The increase in exposure to media during this time period could be one factor,” Konrath said. “Compared to 30 years ago, the average American now is exposed to three times as much nonwork-related information. In terms of media content, this generation of college students grew up with video games, and a growing body of research, including work done by my colleagues at Michigan, is establishing that exposure to violent media numbs people to the pain of others.”

One of the issues seems to be less about the violent images causing violence, but more about desensitizing our children to the true ramifications of death and emotional pain that people suffer from real violence.

More homes have less stay at home parents now than before due to desire, necessity or both. This means more families relying on childcare.

Childcare itself isn’t the issue, but lack of consistency is. Children are not given the chance to develop close emotional bonds with their caregivers.

Many child care facilities have a high turn over rate and see caregivers come and go.

Children do no get to experience the deep emotional bonds in the same way they would if they were with the same caregiver all the time.

This problem could be solved with better child care options that include long-term care without the constant turn over, or if parents are able to find ways to work around their children’s schedules better.

It’s common in our society that feelings such as sympathy, care, and understanding are not seen as positive.

Instead, terms such as “survivor” have been coined, which often means the victim is expected to just move on, usually with anger as the compelling emotion. That being said, anger is “secondary emotion.”

Meaning that anger itself is caused from a different, underlying emotion that is left unresolved.

By never analyzing the anger, and dealing with the true, underlying emotion, there is no way to heal and recover from the emotional injury.

Remember that there is no way to put an entire generation into just one box, but it does help to look at potential reasons children of today are testing as less empathetic.

Even if studies are showing our young people have less empathy today than they did 30 years ago, that doesn’t mean that they are ALL lacking empathy.

Also, since empathy is something that must be taught, it’s possible that the older generation is not doing a good job helping younger people learn empathy.

It’s our responsibility to make sure we are not failing them. You can read about ways to help your child develop empathy here.

I also recommend checking out my favorite course on raising happy and empathetic kids, you can read my review of the Positive Parenting Solutions Class.

Previous Post: « How "Family Clean Time" Saved my Sanity as a Mom
Next Post: 5 Ways A Pet Can Teach Kids Empathy »

Hey! It is nice to meet you! 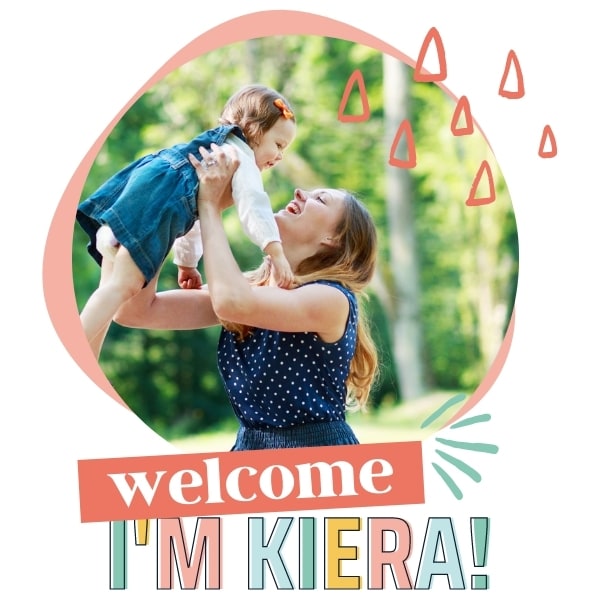 Hey there! My name is Kiera and I’m the mom behind the blog. I’m a mom just like you. Trying to find ways to make mom life easier, more fun and more connected.